A bit of Hi-Dukes history through images

Over the years we have had a lot of photos taken of us and our activities and some of them are fun to see, especially since they give an impression of where we have been and what we have done. We hope you will enjoy these. If you have any photos of us that you would like to share with our other fans, please email them to us. We’d love to see ’em!

Amoosing ourselves after our Norwegian Independence Day concert at Will’s Northwoods Inn, May 2013

In the parking lot of an Albuquerque, NM school in front of the Sandia (Watermelon) mountain range, October 2012.

Our shadows in front of the Sandia (Watermelon) mountain range, October 2012.

Levitating in front of the Linde Kirke in Denmark during our March 2012 European tour.

Terran Doehrer at the Moesgaard Museum in Aarhus, Denmark during our March 2012 European tour. 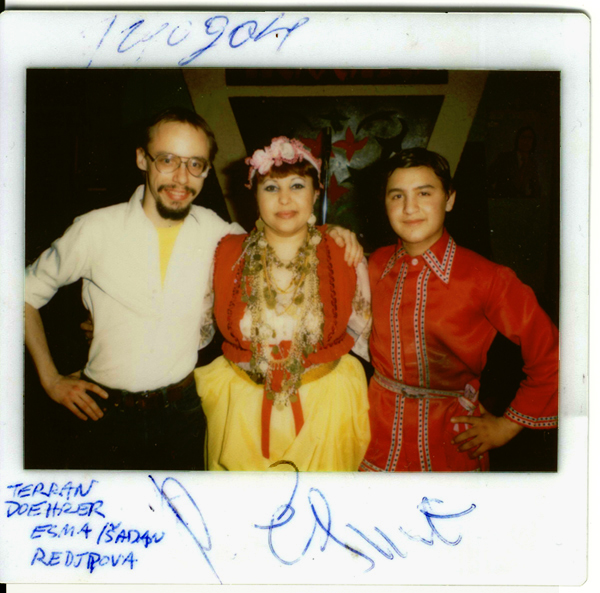 Here’s an autographed polaroid of Terran Doehrer with Esma Redzhepova and Shadan Sakib (Shakib ?) at the Stari Beograd Restaurant in Chicago during Esma’s American tour, circa 1981. Terran performed as a guest artist with Esma and Stevo Teodosievski while they were in Chicago. Esma and Stevo graciously attended rehearsals of the Balkan Rhythm Band (which evolved into Jutta & the Hi-Dukes in 1990), coaching the players on the fine points of Balkan music. At the end of their stay, the two presented Terran with an autographed darabuka. 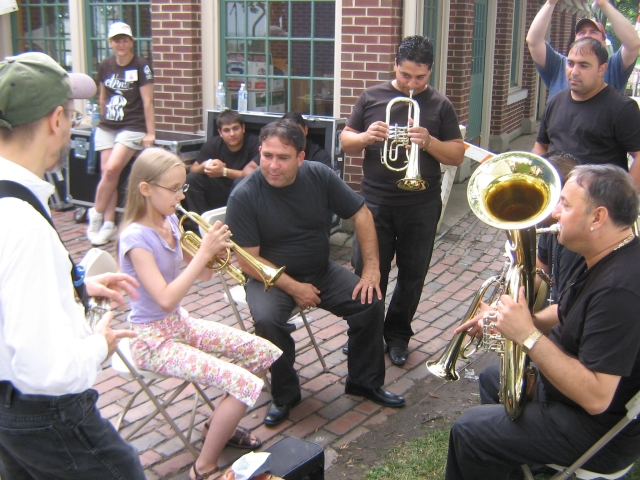 Christa Macbeth in her one–person play, “Thomas Aquinas and the Quest for Meaning”, for which Jutta and Terran provided the live music in May, 2013.